After spending substantial time and effort trying different change detection and classification methods, we were able to obtain some final classified images used for the Kona and Hilo analysis. 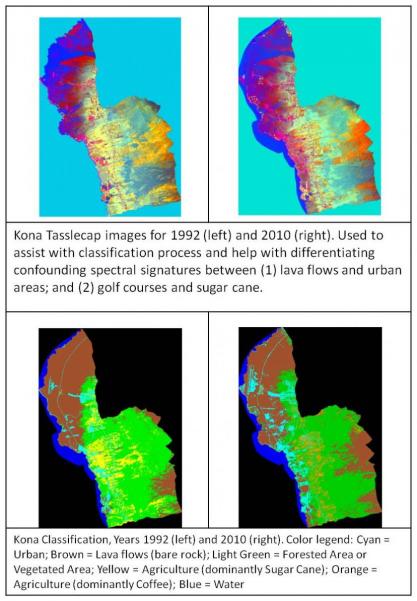 The maps of Kona in Figure 1 show a strong surge of development over the last 18 years in response to increased tourist demand. Urban development, in cyan, has intensified along the coast, particularly in the vegetated areas. However, we also see some development in the rocky zones, implying that economic growth pressures were able to overcome the higher cost of construction on difficult terrain. In the upper left (northwest) corner, we can see signs that the airport has undergone a large expansion and that many new buildings have filled in the previously quiet area between the airport and downtown. Development patterns continue to stay tight to the coast, at least around downtown Kona, presumably owing to the value of the ocean views and beaches as well as the steep mountain slopes further inland. One of the biggest land use changes to note in these maps is the collapse of the sugarcane industry and its near-total replacement with coffee crops. The 1980s and 1990s saw the end of large-scale sugar production in Hawaii, as it was impossible for the Hawaiian plantations to beat the foreign producers on price. In the Kona region coffee is one of the few crops that has grown consistently (despite a blight and several market failures in the 19th century), and the product is considered high-quality among coffee aficionados. We were unable to find a suitable 1970s-era image for comparison, so the Kona analysis only captures the land cover types in 1992 and 2010.

Further data showed that the urbanized land cover increased by more than 60% during this period. The lava flow in the west created a large new area of volcanic land and the expanse of forests. Considerable agricultural land was lost, as the economy shifted to a more service-oriented footing and large sugar plantations were replaced with smaller, mostly independent coffee farms.

Hilo has flatter terrain and access to the Saddle Road, in addition to other roads stretching to the north, south and southeast of the city. It was also once the hub of a rail network set up by the sugar plantations to bring the goods more quickly to the port for shipment. Over the course of 30 years the quantity of urban development in Hilo more than doubled. Interestingly, we can see in that this growth has followed specific corridors and avoided other areas; supporting the idea that infrastructure has a long-term effect on development patterns. (Seto and Shepherd, 2009). This urban expansion has come at a price, as about 2/3 of the natural lands and open space in the study area’s boundaries have been lost since 1978, although the city does maintain several public parks. 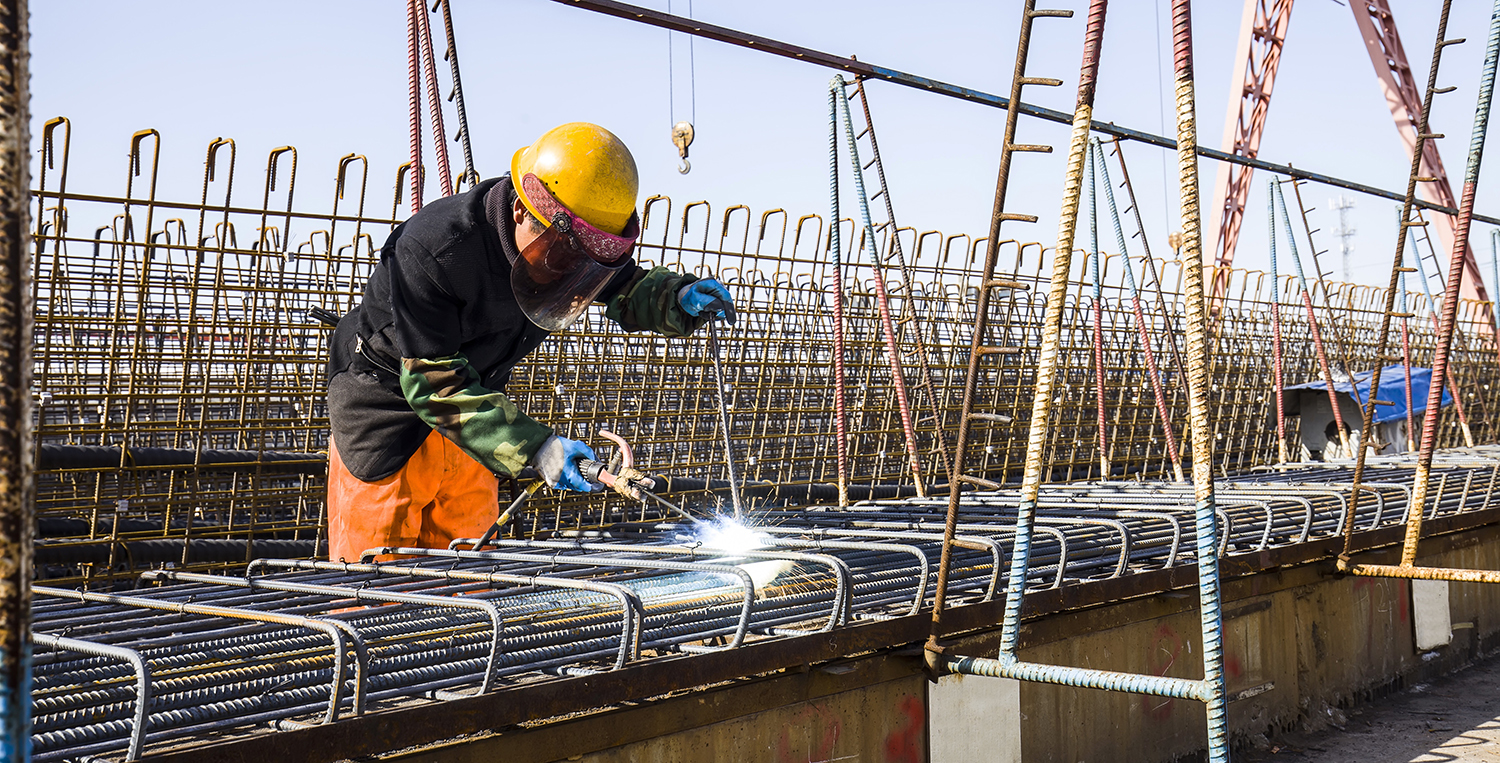 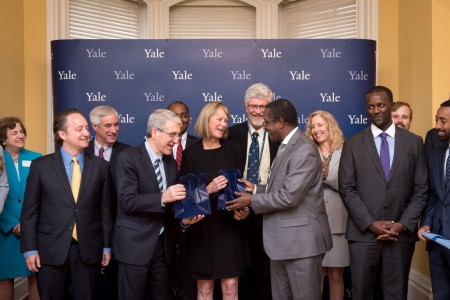 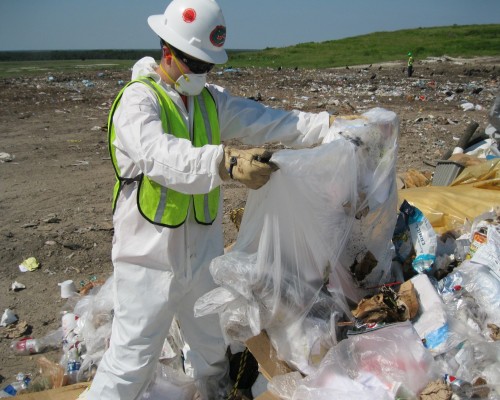