The hypothesis that most guides this research is that location within an eco-industrial system will enhance economic development while minimizing environmental damage.  In order to support this hypothesis, the long-term program is to determine whether industrial symbiosis raises barriers to exit for existing companies so they are more likely to stay where they are.  It also examines the potential of industrial symbiosis with regard to attracting new businesses. 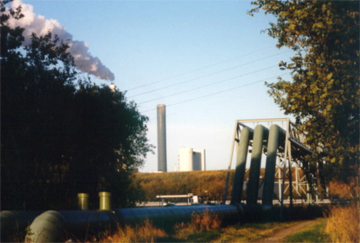 Findings from our projects in Puerto Rico and lessons from other projects around the world led to the hypothesis that throughout the world there are many “kernels” of industrial symbiosis that are awaiting discovery. Starting in 2007, Professor Chertow initiated the “Uncovering” Industrial Symbiosis research project to develop tools and methodologies for finding and developing kernels and nascent industrial ecosystems around the United States.

Researchers have focused on different regions around the US to test hypotheses regarding how industrial symbiosis might be found. Following the successful ‘proof of concept’ in 2007 in the city of Jacksonville, Florida, two projects were initiated at the state level in Delaware and Pennsylvania. A team is currently deepening the research in the state of Pennsylvania exploring firm-level non-hazardous industrial waste streams.

Initiated in 2004 at Yale University, the international Industrial Symbiosis Research Symposium brings together the world’s foremost researchers and practitioners in the area of Industrial Symbiosis. These communities exchange cutting-edge information in the study and implementation of eco-industrial activities from projects and practices around the world. The locations of the annual meetings are chosen to coincide with other Industrial Ecology forums, and often highlight industrial symbiosis projects at the particular sites.